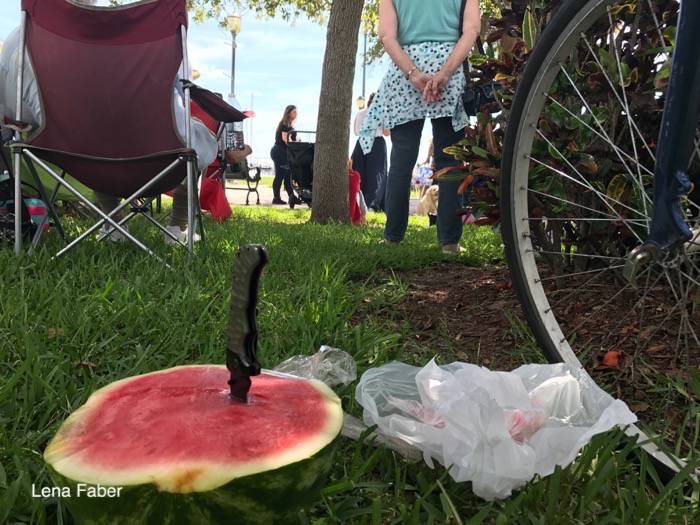 Yesterday night respectable citizens of Palm Beach Shira and Jon took a promenade to Downtown. Under the empty bridge, surrounded by construction fence, they were catch up by a stranger, walking her bike.

They tried to cross a street at the last moment of a green signal, to escape the stranger, I believe, but the stranger did the same. For this stranger it won’t be a problem if it was red, because this stranger was me. At 9PM, in Palm Beach,I’d got the second puncture since the last morning and since I’d started my ride at all.

So I did managed to ask them, how could I get to the marina (the only place, when I could feel safe at night) through all these construction/reconstruction. This question was a reason I caught them, the only pedestrians at this time at this place. Long story short, I had a nice sleep under palms at their place.

Next morning they brought me to a bicycle shop, the fourth fixing place in the last two days. Thanks Daniel, Christopher, Shira, Jon,

Beyond Bikes, Bike America, that I’m still my way to Key West.

Hold on a sec… When I asked folks, where their famous pythons are, they told no worries, they are at Everglades. Where the alligators, not eaten by pythons yet, cross the road? At the Everglades. Where is Everglades? Exactly where I am going to cycle today before reaching Keys. Hopefully without stopping overnight…