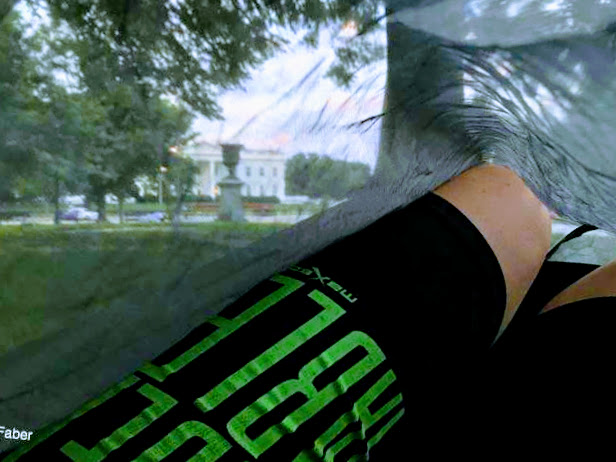 The owners of White House were probably the only ones around, who didn’t know I was going to sleep in their backyard. I arrived to Washington almost at night. I didn’t stress about that because remembered the picture of permanent protests in front of White House. Always looked like they were camping 24/7 while protesting. Here we go.

The Capitol was first on my way, and I asked guards if something was happening overnight, like I saw in New York, where folks were placing their sleeping bags around Apple on 7th Ave to be able to buy the next iPhone from the first day it was released. Buy the way what is the noise further down? 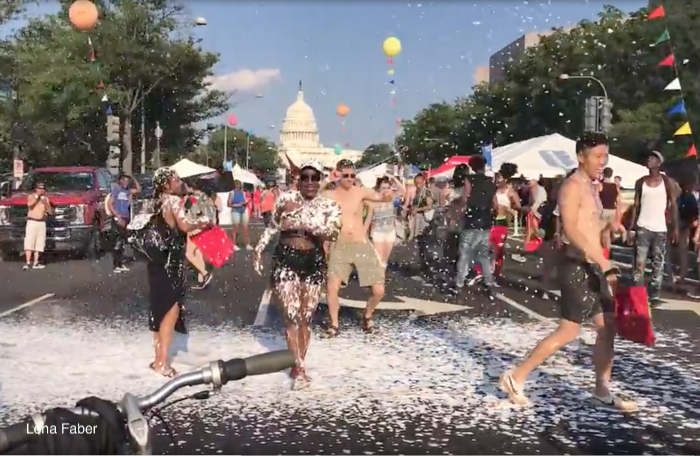 Where all these protesting people are? I asked a police officer at White House, he pointed to the white tent where one protestant were sitting constantly.

That is the white tent, where volunteers are sitting 24/7, changing each other. They told me that the place was quiet, and only three persons slept in the park. I told I would be the fourth one.

I came to the nice restaurant just around the corner, which name I would rather not tell to not put in trouble managers, who let me park my bike in front of their glass door, charge my phone, use wi-fi with just drink, which the bartender, when I was going to pay, told me it was his treat. Yes, I brush my teeth there as well.

People from “Tibet” warned me that it should not look like I was camping, so I’ve just adapted a traffic cons to hold my hammock’s mosquito net, set “alarm” from thin rope, and put bear Bear instead of a pillow.

In the morning I saw policemen walking around. Hi said “Good morning”. As I told, everybody was aware that I was sleeping there

I knew I’ll get a shower and laundry very soon. I was heading to Alfia’s and Renat’s  house.